Are you visiting Tirana for the first time and don’t want to miss the most essential sights? Here is a list of the top 10 places you should visit while staying in the Albanian capital. Here are our favorite places: 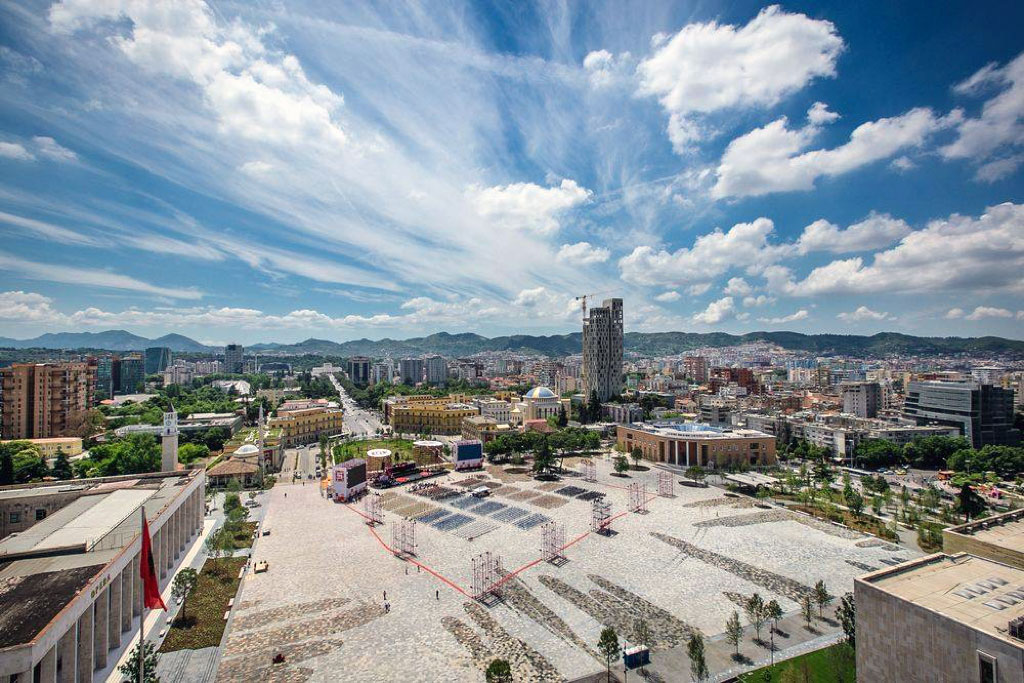 Scanderbeg’s Square is one of Tirana’s main tourist attractions. The square holds the name of Albania’s national hero, Gjergj Kastriot Skënderbeu (George Castriot Scanderbeg 1405-1468), known for his brave resistance against the Ottoman Empire. The fifty-year-old equestrian statue of Scanderbeg occupies the south side of the square.

A mix of buildings from different eras surrounds the square including the Et’hem Beu Mosque (18thcentury), the National Library (1922), the National Bank of Albania(1938), the National Theatre of Opera and Ballet(1953), Palace of Culture (1968), and the National Historic Museum(1981). Tirana’s central square was fully renovated in 2017 and turned into an oasis for pedestrian use paved with different stones from across Albania. Scanderbeg’s Square won the “Public Urban Space 2018” award from CCCB. 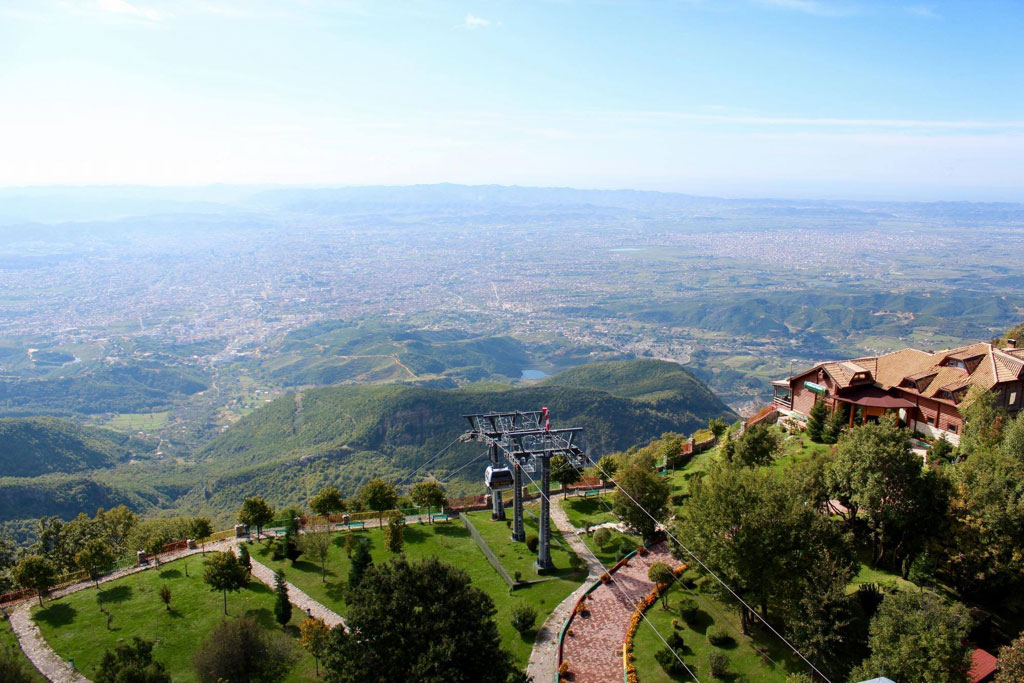 On top of Dajti Mountain, 1,613 meters (5,292 feet) above sea level, you get the perfect view of Tirana. The easiest and quickest way to reach the top is by cable car. Once you reach the peak, you can explore the wild landscape, capture some stunning pictures, and dine in a terrace-like panoramic restaurant nearby. Because of its natural and cultural values, Dajti Mountain National Park is a protected area under the management of the National Agency of Protected Areas. 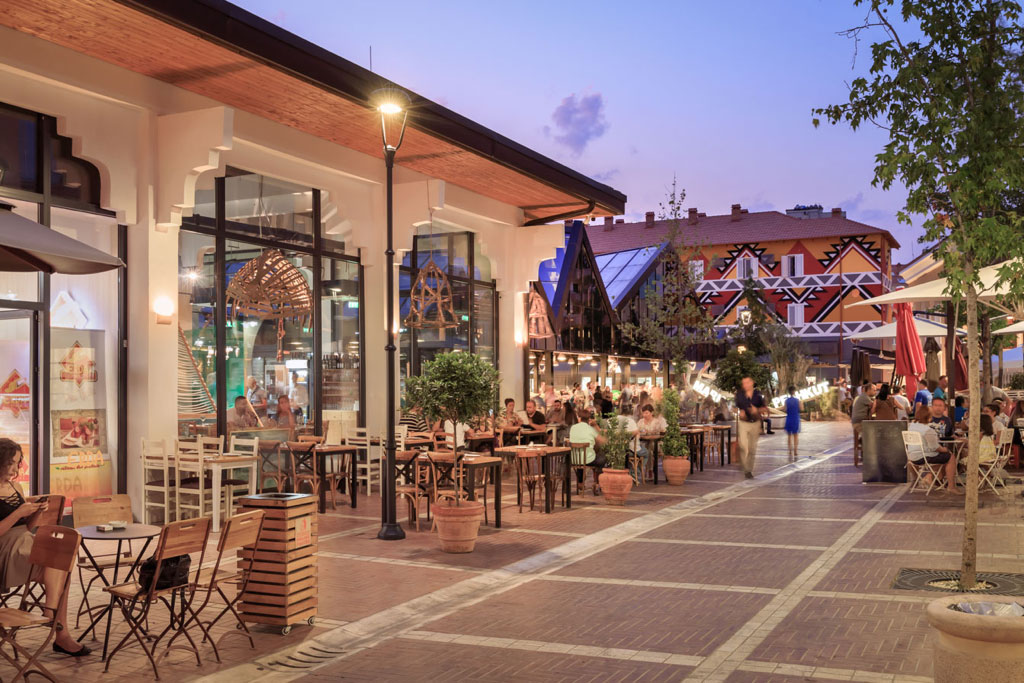 “Pazari i Ri” (New Bazaar) neighborhood near downtown Tirana is worth more than a visit. Once a messy blend of kiosks and stalls, the bazaar turned into a fascinating area of a retro-rustic style after its rennovation. From fresh fruits, vegetables, and meat to seafood, dairy, and olive oil products, you can get all the flavors that once spread into Tirana’s old town market. 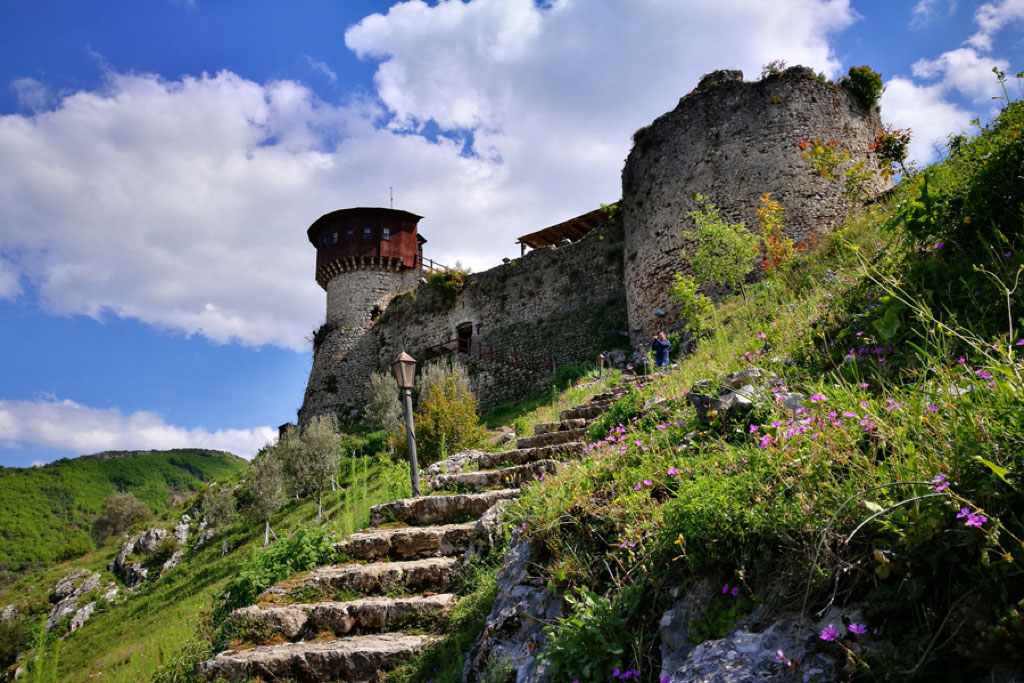 The Petrela Castle is, hands down, one of the best historical places to visit in Albania. Located southeast of Tirana, on top of a 400 meters rock, this stronghold offers an ancient perspective on the country’s capital. Initially built in the V-VI century C.E. under the Byzantines, the castle housed Albanian noble families during medieval times. 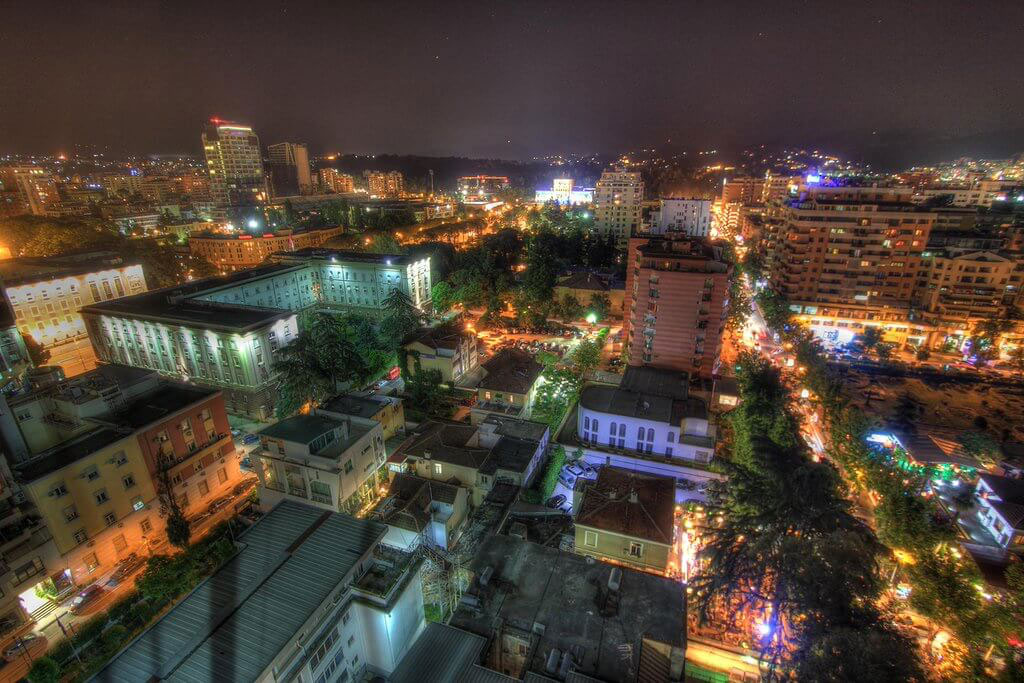 The inner city area called by locals “Blloku” is famous for a large number of fancy restaurants, bars, clubs, and nightlife. Before the 1990s, the neighborhood was a restricted area reserved for the dictator and the dictatorship elite. Now, it’s one of the best places in the region to have a drink and socialize. 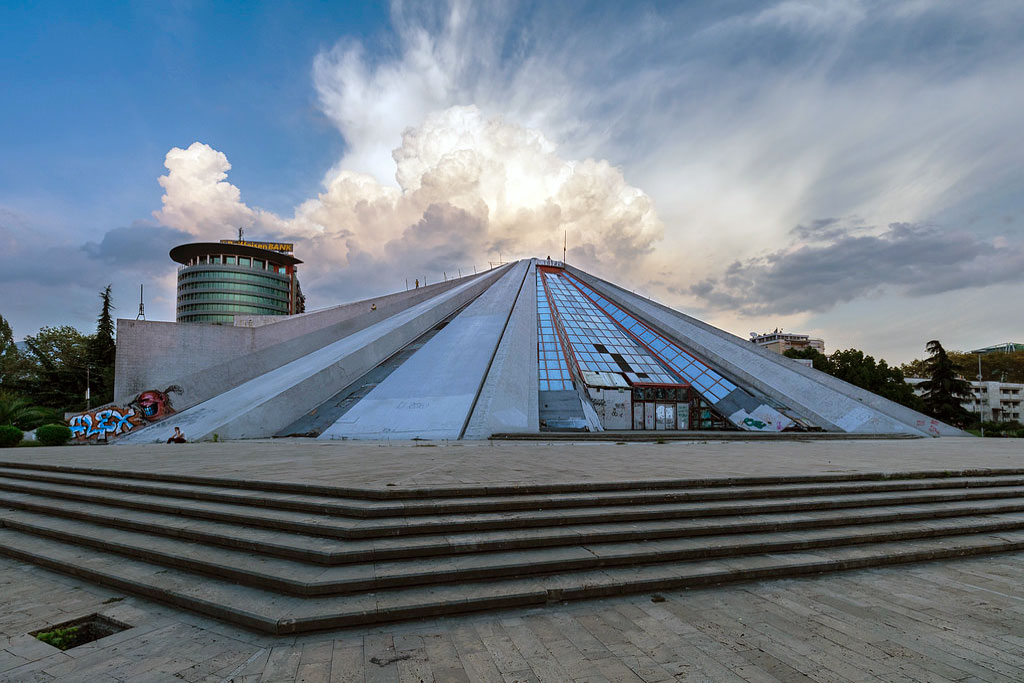 When getting around Tirana, you will not miss the view of this building, located at the side of the main boulevard. The pyramid-shaped complex is now in ruins, but you can still have a lot of fun by walking around it and by viewing the urban graffiti paintings on it.

A piece of tourist advice: in case you want to avoid injuries, do not climb or slide the pyramid like the locals sometimes do. 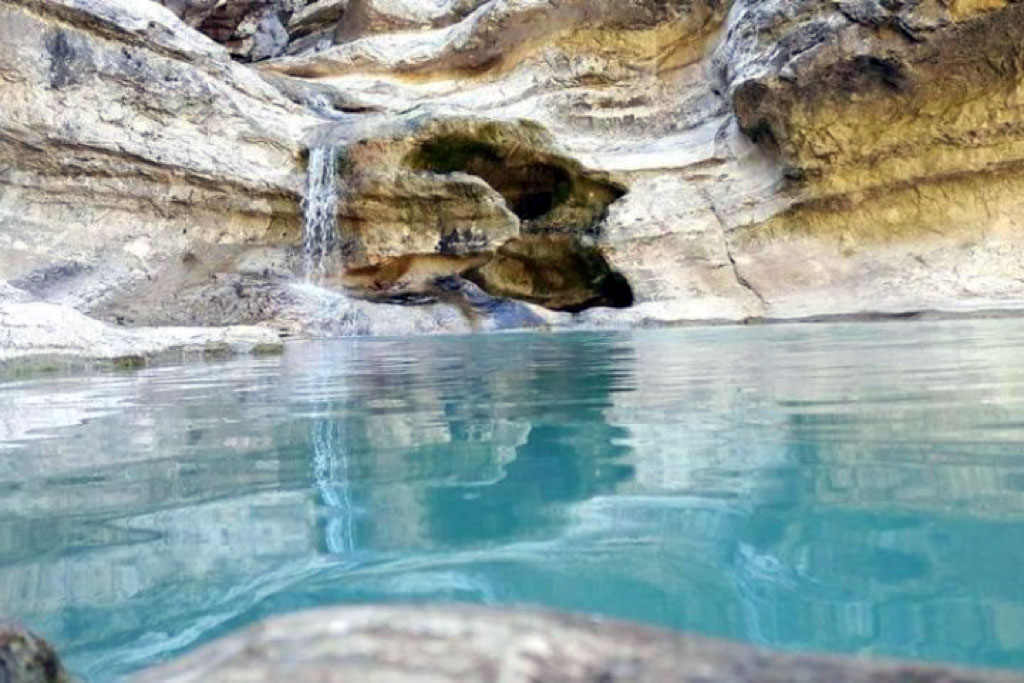 This is Tirana’s most remote and off-grid location. This place gets its name from a native legend. The hidden lake is so remote that you can’t find it on usual guides. Yet, the site is worth the visit because the scenery is fantastic. The site is worth visiting especially during the summer when you can enjoy the emerald waters of the wild river basin. 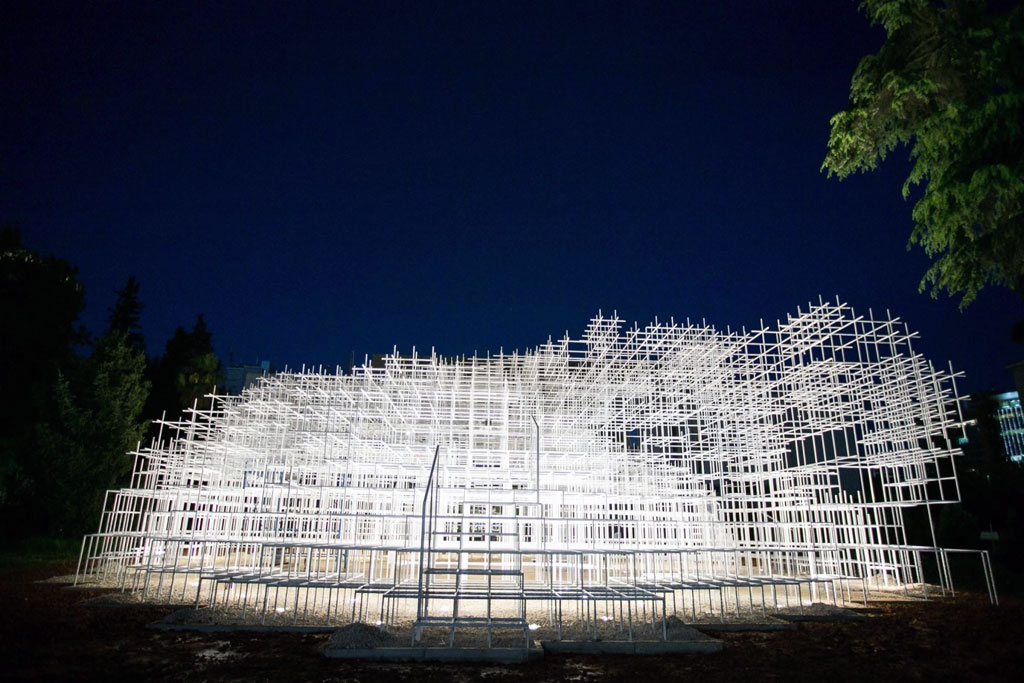 “Reja”(The Cloud)is a modern art installation in front of the National Art Gallery designed by the Japanese architect Suo Fujimoto. The geometric features of the setup and the way the structural components intermingle resemble a cloud that’s just landed on the city. This installation is often the place where various artistic events take place, so make sure to check it out. 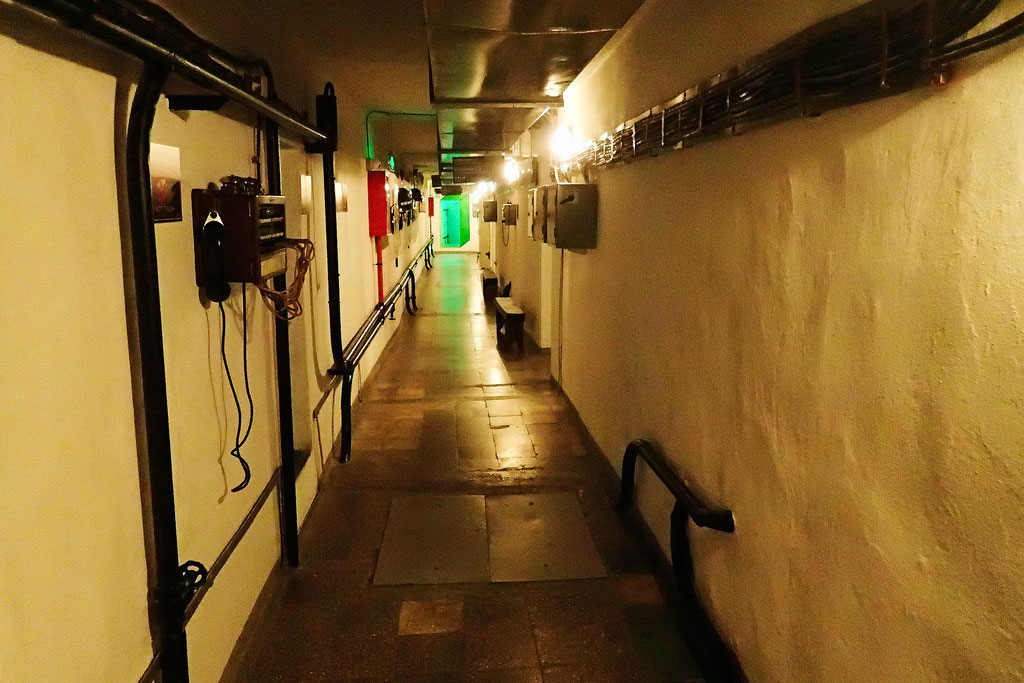 Museum Bunkart, with its two underground compounds, represents anti-nuclear bunkers built by the Communist regime. The museum will present you with the history of military developments and persecution during Communism. The nearest facility you can visit is the one located near the central square.

Parku i Madh i Tiranës – Grand Park Of Tirana 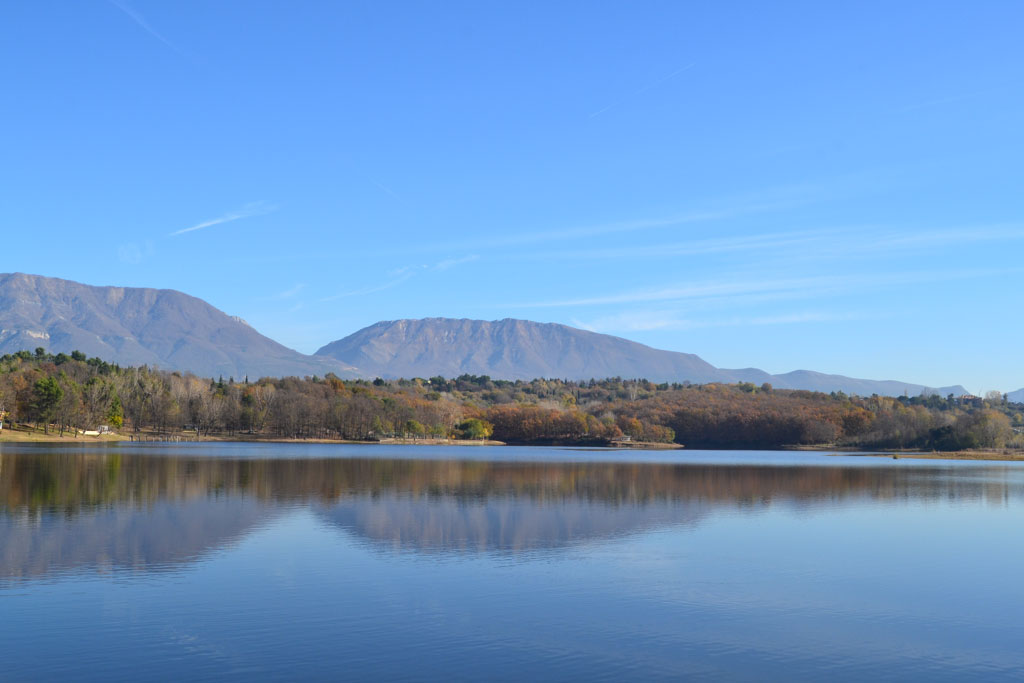 Parku i Madh i Tiranës – Grand Park Of Tirana

Grand Park of Tirana took its initial shape during the 1950s when an artificial lake was created. Since then, it has grown in importance by being the central spot for recreational activities. The park is now the most significant green area of Tirana. Different trees, small plants, and some small bird specimens are in the park. Agency of Parks and Recreation of Tirana recently added additional spaces and more trees to the park. The park’s open amphitheater and small harbor were completely rebuilt. For those who visit Tirana during spring and summer, the Grand Park is a must see place.

Book 2 Nights at our Deluxe Room